The city under the city, Orvieto underground, a discovery that will leave you breathless. Enjoy the tours!

The emotion of close contact with history. Orvieto. And Orvieto underground. An ancient city below the actual city. Legends had been telling for decades (if not centuries) that an underground city extended under Orvieto, but no one paid much attention to it. Except the speleologists, who for some time looked at those strange openings in the cliff with curiosity.
Orvieto is a city perched on a majestic plateau, mainly made of tuff, a brittle and easy to work magmatic rock.

At the end of the 1970s, a sudden landslide caused an important fracture in the Orvieto cliff, a few meters from the Duomo, and triggered the rediscovery by some speleologists, who decided to enter the openings they were studying from the outside.
With great excitement they discovered an entire underground city, full of rooms connected by tunnels and galleries, lit by small windows, with wells, dovecotes, cisterns and even an oil mill.

The first to excavate this underground city were the Etruscans, when Orvieto was still called Velzna, a city that had achieved the complete independence as regards the supply of water, thanks to the wells dug and the rainwater tanks. Thanks to their excellent organization, the Etruscans resisted a siege by the Roman battalions that lasted about 24 months.

Walking through the underground tunnels of Orvieto you will feel like you’re traveling in time, in a suspended dimension, just like as if anything could happen. The fact that the underground city was completely forgotten is magic in itself.
It is a labyrinth with 1200 ravines (not completely open to the public), including galleries and caves, for endless emotions, from the beginning to the end of the visit.

The guided tour starts from Piazza del Duomo (just 30 minutes by car from Borgo Giorgione) and you will visit the impressive breeding of doves and pigeons, to arrive, at the end, to a medieval oil mill, complete with a press, a fireplace and some mangers for the animals that had to move the millstone.
The visit lasts about an hour and is suitable for families, maybe it’s not so recommended for toddlers. The daily hours of visits are: 11.00 - 12.15 // 16.00 - 17.15 (in the busiest periods, every 15 minutes). 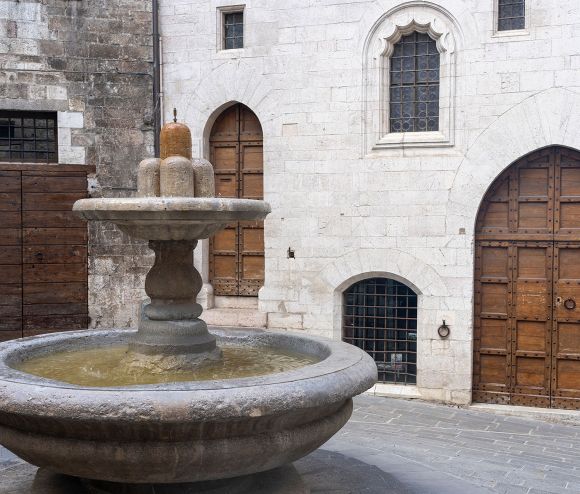 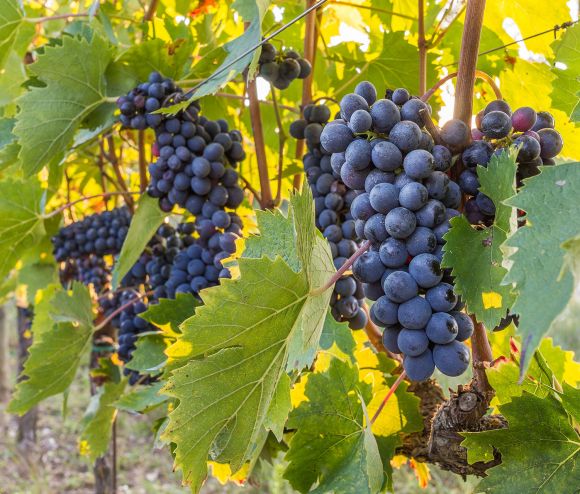 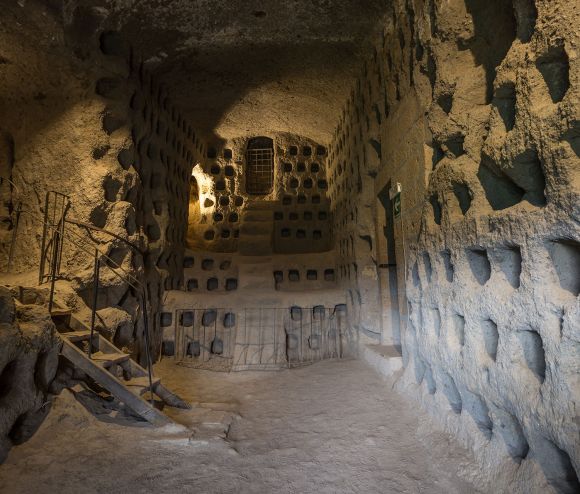 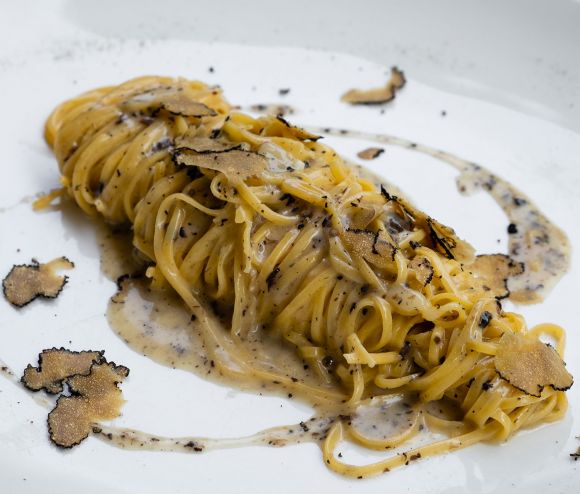